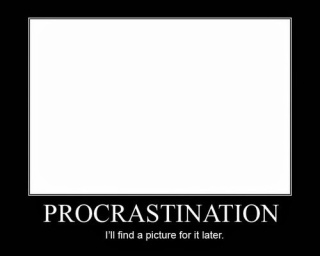 I spent an hour and a half vacuuming my unfinished basement last night. Even as I was doing it, my brain was telling me, “Vero, this is probably the most useless chore you’ve ever spent time on.” But of course, the most useless things suddenly become important when you just don’t want to write.

It’s a shame, too, because it was the quietest hour and a half I’ve had all week. It would have been the perfect time to pull out my laptop, brew a nice peppermint tea and sit down to tap out another chapter of my work-in-progress (A Noble Deception, by the way, coming soon … shameless plug).

Writing is a tough gig … as any writer will tell you. It takes a heck of a lot of mental energy to summon the voices in your head and translate them to paper (or word processor or whatever your medium of choice is). And when you just don’t have it in you to write, it’s almost impossible to force yourself to sit down and do so.

Unlike other nine-to-fives, writers have no down time. Any down time is prime writing time. Because of this, most writers live in a constant state of guilt: I have no energy to write; I should be writing; I just can’t do it; I should be doing it.

And so on and so on.

Make no mistake: the writing life is NOT glamorous. You spend half your time drilling your fingers into your keyboard, and the other half of your time berating yourself because you can’t seem to park your rear in front of your computer and force yourself to write.

There seems to be two recurring tips for writers on the issue of discipline. The first is that you need to sit down and write every day. Even if you don’t feel like it, get your bum in your seat and start writing. Search #writingtips on Twitter and, guaranteed, you’ll find that piece of advice about a million times.

The second common writing tip is … don’t beat yourself up if you don’t write every day.

The Art of Compromising

Okay, so I’m sure that this has probably been proposed before, and it wasn’t me who came up with the idea. But I like to think that since I arrived at this conclusion on my own, that’s got to count for something. 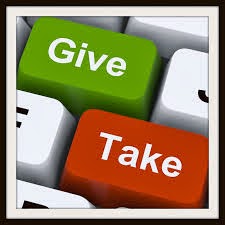 The key is to know when you write best. Identify the time of the day when you are most productive, and then exploit it. For me, I write best in the morning. And I have a favourite diner around the corner from my house where I love to go for a spot of coffee and a good, old-fashioned fry up. What better time is there to write? I grab my laptop and I type away over my bacon and eggs and I get quite a lot done.

That said, it’s 7:30pm, and I’m now sitting down to an episode of “The Supersizers” with Giles Coren and Sue Perkins. My half finished novel can wait. Moira MacInnes and Lachlan Ramsay, I’ll see you tomorrow morning over a plate of peameal and scrambled.