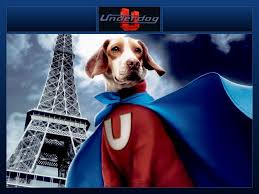 I’ve noticed a disturbing trend in my own reading lately. Maybe it’s just me, but I’ve found that the last several romances in a row that I’ve picked up I’ve promptly put down.

At first, I began to panic. Was I becoming jaded? Immune to the wonders of falling in love that romance novels offer?

That is not a good state of mind for a romance writer to be in, let me tell you!

After much thought, however, I’ve figured out the problem: in all those novels I abandoned, the fact that the hero and heroine were going to fall in love was obvious. Of course you’re probably saying, “Well duh. It’s a romance.” Yes, it’s a romance, and I certainly had an expectation going into them that the love was going to happen.

But I don’t want to know it within the first chapter.

You see, in each of these books, the hero was the most handsome, the most rugged, the most virile. And the heroine was – you guessed it – the most beautiful, the most feminine, the most ravishing. And even worse, each one was immediately taken with the other’s otherworldly beauty.

In situations like these it’s so obvious that the hero and heroine are going to fall in love that (to me, anyway), it’s not even worth bothering to read. There are no hurdles for them to overcome. There are no unexpected moments of tenderness. There’s nothing but lust.

What I like in either a hero or a heroine is the underdog quality. That there is an element of having to surmount some inherent obstacle – whether internal (looks, popularity, etc.) or external (conflict, social status, etc.) doesn’t matter. There just has to be some kind of roadblock there.

Take Lisa Kleypas, for example. In Blue Eyed Devil she writes a damaged heroine. Not only has she been physically and emotionally abused by her estranged husband, she’s also not a run-of-the-mill, cookie-cutter bombshell. Our hero, rugged, handsome, built like a brick … well, you know … definitely does not normally go for this kind of girl.

Yet it’s our heroine whom he can’t live without … sigh … giggle. That makes for great falling-in-love!

You’d think that’s obvious. Yet as evidenced by my last several failed attempts at getting through romances – it’s not.

Take another example. Love it or hate it, you can’t deny that the Twilight series is extremely successful. And I know I’m not the only one that was glued to my copy of the novel, obsessed with Bella and Edward’s love for one another – or, more accurately, Edward’s love for Bella.

That is where the underdog quality comes in. Bella is clearly not the most beautiful creature ever to walk the planet. And with a hero like Edward, of course Bella’s not going to expect him to fall in love with her.

But he does. And he falls hard. And we all giggled and sighed and hyperventilated along with her precisely because she did not expect it.

It’s a lesson we romance writers (published or aspiring) can all take: don’t make both your characters the best-looking. They should not both be rich or from similar social standings. There has to be some kind of flaw in one of them. Some reason that would surprise either one or both of them when they do fall in love. As we readers expect them to.

Make your story memorable. Make one of your characters an underdog.

Just don’t make both of them underdogs, because then you’re back to square one.

7 thoughts on “The Value of the Underdog”